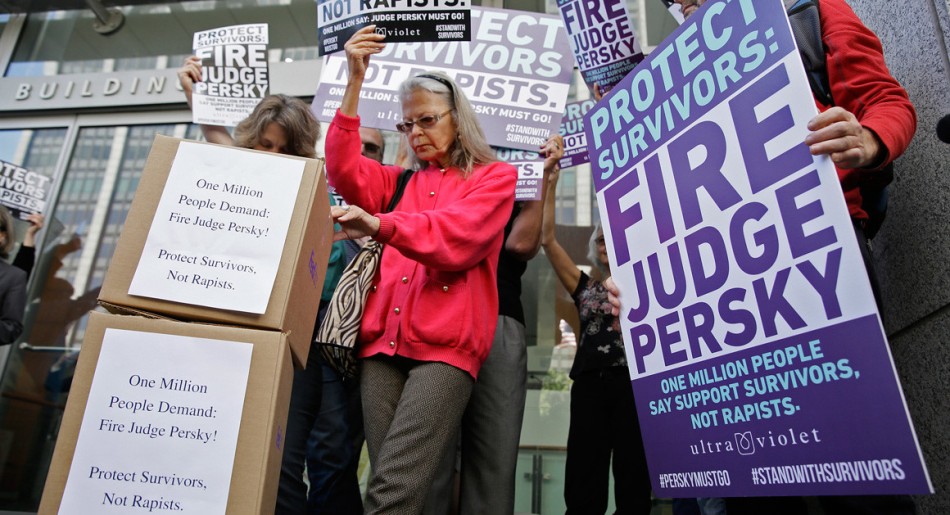 One of the most heavily publicized and controversial cases in recent American jurisprudence was decided in California’s Santa Clara County Superior Court, in late March 2016. The case People of the State of California v. Brock Allen Turner, widely known as People v. Turner, involved the prosecution of a Stanford University swimmer named Brock Turner for the sexual assault of an incapacitated victim, referred to in case literature as “Jane Doe” for anonymity (People of the State of California v. Brock Allen Turner, No. HO43709 Santa Clara County Super. Court No. B1577162 (2015)). Upon deliberation of case evidence, the jury recommended a prison sentence for Mr. Turner ranging from two to fourteen years, the standard punishment for the charges on which he was convicted. However, the presiding judge, Aaron Persky, defied the jury’s recommendation and instead offered Mr. Turner a condensed six-month prison sentence, with the possibility of release in three months with good behavior. Judge Persky’s decision incited a broad negative response both within the United States and around the world, with many observers believing that Mr. Turner received favorable treatment from the judge due to his privileged status as an athlete at a prestigious university. This public unrest ultimately culminated in a California judicial recall campaign to remove the judge from office, and in June of 2018 Judge Persky became the first California judge in more than 80 years to be recalled, with almost 60 percent of California voters backing his removal.1 This article will analyze the legal justification of Judge Persky’s decision to provide Brock Turner with a condensed sentence and the controversy that the decision provoked, while attempting to ascertain whether the Recall Judge Persky campaign presented a threat to the principle of judicial independence, as Persky’s supporters claimed.2

In order to discern why the verdict in People v. Turner was so controversial, it is crucial to first understand the motivations behind Judge Aaron Persky’s unusual sentence for Brock Turner. Perhaps no document offers more insight into the judge’s thought processes than the official transcript of his decision in People v. Turner. In the transcript, Judge Persky claims that the entire Brock Turner episode, ranging from the actual assault itself to the court case and media firestorm that ensued, “poisoned” everyone affected by Mr. Turner’s actions, and that an extended prison sentence would not be an “antidote” to said poison.3 To justify probation, Judge Persky primarily cites Rule 4.413(c)(2)(C) of the California Penal Code, which allows for judicial leniency towards youthful, first-time criminal offenders. Since there were “a lot of character letters” defending Brock Turner’s previous conduct, along with the fact that imprisonment would have “a severe impact” on the defendant’s life, Judge Persky stated his opinion that, contrary to the decision of the jury, probation would be most effective in disciplining the defendant, a convicted rapist.4 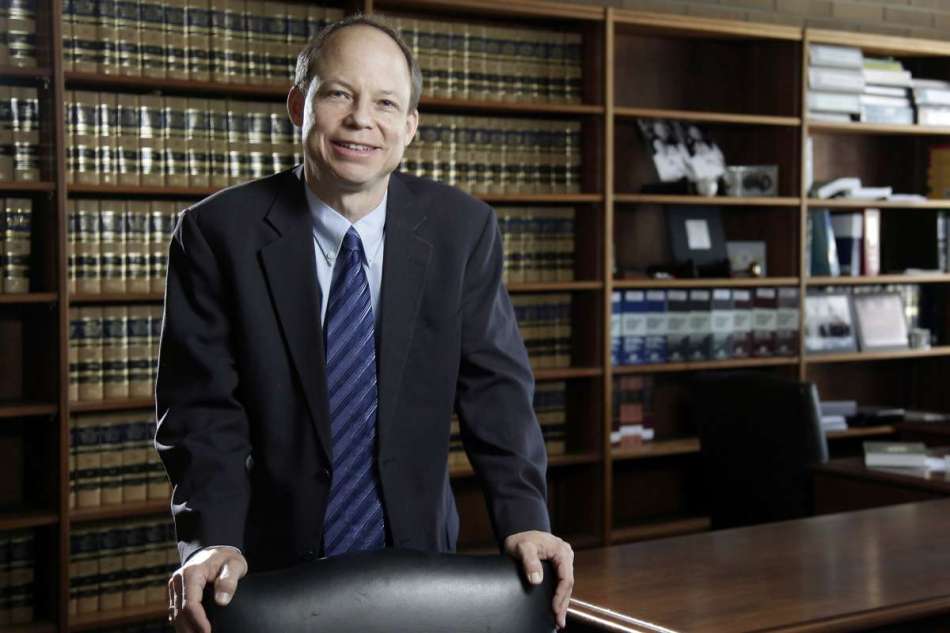 Observers of the People v. Turner case were horrified by Judge Persky’s verdict, claiming that the judge effectively shielded the defendant from the brunt of the legal system due to the defendant’s privileged background. In considering this argument, one must further evaluate the legitimacy of Judge Persky’s reasons for granting Brock Turner leniency. Regarding the assertion that Brock Turner had committed no previous criminal conduct, the evidence points to the contrary. The judge acknowledges that the former Stanford swimmer also had a pending court case regarding the charge of “minor in possession of recreational drugs.” Judge Persky even notes that he had viewed a video showing Mr. Turner using recreational drugs.5 Thus, evidence was in place to indicate that Brock Turner had committed the crime of illegal drug use before assaulting Jane Doe, contradicting the “clean record” claim. Although Judge Persky claimed that Turner’s character statements were a strong testament to his previous conduct, it is notable that one of the defendant’s primary character witnesses was his father, Dan Turner. Shortly before the verdict, the elder Turner belittled the seriousness of his son’s crime by sending a now infamous letter to Judge Persky, claiming that his son should not be sent to prison “for 20 minutes of action.”6 The justification provided by Judge Persky that Brock Turner appeared to lack remorse because he saw the events surrounding his crime “in a certain way” due to his intoxication7 is also highly questionable. By arguing that Mr. Turner would remember his crime in a different manner than his victim because he was drunk, Persky offers a slippery legal slope towards legitimizing the actions of intoxicated criminals due to their impaired state.

While Judge Persky’s verdict in People v. Turner provoked a strong negative reaction across both the state of California and the greater United States, the judge retained a notable number of supporters in the legal community who cautioned against his removal from office. In one particularly salient statement, Santa Clara County Deputy Public Defender Sajid Khan claimed that recalling Judge Persky could have “unfortunate consequences,” namely that, in response to Persky’s removal, judges may “issue unfairly harsh sentences for fear of  reprisal,” which would disproportionately affect underprivileged and minority individuals.8 Khan emphasizes the importance of judicial independence, or the concept that judges should be free to issue verdicts without regard to popular opinion. Judicial independence is intended to protect judges from susceptibility to partisan shifts in public mood and opinion. Towards this matter, the Retain Persky campaign website provides a list of relevant literature from law professors, lawyers, and retired judges who claim that removing the judge would weaken judicial independence in California.

Although the Recall Judge Persky movement was characterized by opponents as both “misguided”9 and a threat to judicial independence, an examination of California law provides irrefutable evidence that the people of California maintained the right to exercise their absolute discretion over the continuation of Judge Persky’s tenure. According to the office of the California Secretary of State, the recall of state and local officials is a “fundamental part” of California’s system of government, with the purpose of providing voters with the opportunity to “express their dissatisfaction with their elected representatives.”10 Judicial recall in California involves a predetermined succession of procedural steps involving a Notice of Intention, a Recall Petition, and ultimately a Recall Election if enough support is garnered.11 Concerning justification for Judge Persky’s recall, California’s only requirement is the inclusion of a brief statement of reason in the Notice of Intention. Critically, however, according to Article II, Section 14(a) of the California Constitution, “the sufficiency of this reason is not reviewable.”12 In other words, as long as a statement explaining the reason for initiating a recall is present, no other non-procedural considerations are required to justify such a recall. Therefore, even as members of the American legal community ranging from law professors to retired judges accepted arguments regarding the potential threats to judicial independence resulting from Judge Persky’s recall, the people of California, in the form of a popular vote, were entitled to the final say on the judge’s fate.

In both chapters regarding Judge Persky’s actions in People v. Turner, the law provided significant leeway for the relevant actors to make a decision. This explains the title of this piece, “A Dual Discretion.” Just as Judge Persky was legally sanctified in his decision to offer Brock Turner, a convicted rapist, a significantly condensed legal sentence from what was recommended by the jury, the people of California had the right to exercise their discretion to remove the judge from office. Thus, a striking parallel exists between individuals who decried Brock Turner’s brief sentence and those who feared the removal of Judge Persky from office. In the case of those disheartened by People v. Turner’s verdict, Judge Persky’s decision was both legally mandated and final. In the case of legal advocates who are concerned that Judge Persky’s recall will weaken widespread faith in judicial independence, they are ultimately as beholden to the judgment of a formalized set of institutionalized practices as were “Jane Doe” and Brock Turner.

Dave Taylor is a sophomore at Johns Hopkins University, where he is majoring in Political Science and International Studies.

0 comments on “A Dual Discretion: Examining the Legality of People v. Turner’s Verdict and the Ensuing Judicial Recall”