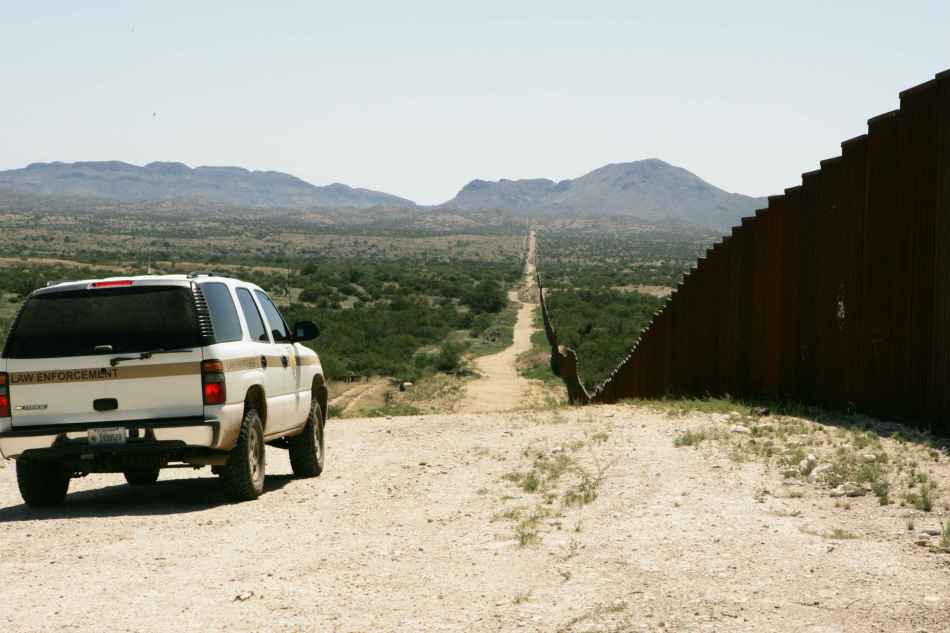 Sergio Hernández was only fifteen years old when his life was cut short at the border between the United States of America, a country foreign to him, and Mexico, the country he had called home for his entire life. On June 7th, 2010, he and a few friends were playing a game on the incline of the Rio Grande’s cement culvert, which separates Juárez, Mexico from El Paso, Texas. The children were taking turns running up the incline of the culvert that led to the United States, trying to touch the barbed-wire fence, and then running back down it. This is when Jesus Mesa Jr., a United States Border Patrol agent, appeared at the scene and witnessed what the children were doing. Mesa quickly moved to seize the children and managed to detain one. While Mesa was arresting his friend, Hernández began to run back toward the Mexican side of the border. He made it about sixty feet back into his home country, when he stopped to hide near one of the pillars that supported the bridge between the countries. Mesa, standing on the U.S side of the border, then fired his gun at least twice at Hernández, who was standing on the Mexican side of the border, striking him in the face.1 Mesa claimed that he felt threatened because the boys surrounded him and proceeded to throw rocks at him but cellphone footage later debunked these claims, showing that Hernández, unarmed, was hiding behind the pillar at the time Mesa fired his weapon.2 Hernández was mortally wounded and died at the scene, perishing on the Mexican side of the border.

After six months of grieving and recovering from the untimely death of their son, the Hernández family moved to sue Mesa, his superiors, and the United States in federal district court. The Hernández family decided to pursue a suit against Mesa after the Justice Department closed their investigation into the matter and declined to file charges against the border patrol agent. The parents of Sergio, Jesus C. Hernández and Maria Guadalupe Bentacour, claimed that Mesa’s actions were in direct violation of the Fourth and Fifth Amendments. As many readers know, the Fourth Amendment provides people with the right of being secure in their homes, persons, papers, and effects, against unreasonable and unlawful searches.3 In criminal law, the Fifth Amendment provides a person the right to a grand jury, protects them from self-incrimination, and prevents “double jeopardy,” while also maintaining that “due process of law” remains in proceedings that deny a person life, liberty, or property.4 In retaliation, Mesa and the United States moved to dismiss the Hernández family’s claims against them and the district court ruled to grant the requested motions. Claims against the United States were dismissed on the grounds of sovereign immunity, as it is not possible to sue a government without its consent.5 Another reason that the federal district court dismissed the charges was because Sergio Hernández was not eligible to have his rights protected by the Fourth Amendment, as he was considered to be an “alien” and therefore had no voluntary ties with the United States of America at the time of his death. The final reason given was related to the claims by the Hernández family that Mesa’s actions violated the rights given to a person by the Fifth Amendment.6 The court believed it was an invalid claim, because charges of excessive force have to be filed under the Fourth Amendment and Hernández had none as he was not an American citizen or on American soil at the time of his death. Following these motions for dismissal, Mesa’s superiors filed a motion to dismiss or for a summary judgment. As a result, the Hernández family decided to withdraw some of their claims and moved to dismiss them. The federal district court ruled in favor of the supervisors on the remainder of the claims that were not dismissed, ultimately deciding that the deadly-force protections in the U.S Constitution do not extend beyond the border for non-citizens like Sergio Hernández. However, the Hernández vs. Mesa case did not come to an end here because Jesus C. Hernández and Maria Guadalupe Bentacour decided to appeal the rulings to a Fifth Circuit panel, as they felt there had been no justice for their slain son.

The Fifth Circuit panel was divided in their analysis of both the claims made by the Hernández family and the decisions reached in federal district court. The panel agreed with part of the dismissals that were made, as they also believed it was correct to dismiss the claims made against the United States because of sovereign immunity and to dismiss the claims made against Mesa’s superiors. However, the panel did not agree with all of the decisions reached in federal district court – particularly regarding the claims made against Mesa himself. The panel decided that Jesus C. Hernández and Maria Guadalupe Bentacour had the right to allege a violation of their son’s due process right (as protected by the Fifth Amendment), but also maintained that Sergio Hernández was not protected by the rights given to citizens under the Fourth Amendment because he was not an American citizen at the time of his death.7 The panel also dismissed the request for qualified immunity made by Mesa, a type of legal immunity given to federal and public officials in order to shield them from liability when they perform their duties responsibly.8 Nevertheless, these decisions were not finalized. The Fifth Circuit court would later rehear the case en banc, and ultimately choose to change their previously made conclusions about the incident and the implications it had for Mesa. Upon rehearing the facts of the case, the Fifth Circuit chose to move to dismiss the Fifth Amendment due process claim. They believed that Mesa was eligible to receive qualified immunity, because there was no Fifth Amendment prohibition that could apply to the situation. There had been no clearly established precedent that dealt specifically with the use of deadly force against an alien who was not on American soil and did not possess a connection to the United States.9

Hernández’s parents decided to further pursue the case, petitioning for the Supreme Court to grant them a writ of certiorari. The writ was granted by the Supreme Court, and it ruled that qualified immunity cannot be granted based on facts that may or may not have been unknown to an officer at the time of an incident. They ruled that a lower court should analyze whether an implied right of action is appropriate under the case of Bivens vs. Six Unknown Federal Narcotics Agents, before questions regarding the Fourth Amendment can be addressed.10 The Bivens case authorized “an individual cause of action against federal officers for a violation of constitutional rights.”11 The Supreme Court argued, in a per curiam opinion, that the lower appellate court had erred in its analysis of the questions surrounding the Fourth Amendment because it did so before considering if there was an implied right of action under the precedent set by the Bivens case. Although it may have typically been the appropriate course of action, the answer to the Fourth Amendment question in this particular case had extremely far-reaching consequences. It may have been inappropriate for the judicial branch to answer such questions in such a matter, as there may have been special factors counseling hesitation in this case and that is what makes a Bivens remedy not applicable. Another decision reached by the Supreme Court was in regards to the qualified immunity given to Mesa, which they agreed upon. The Supreme Court held that the analysis behind giving Mesa qualified immunity could solely be based upon the relevant facts known by the border patrol agent at the time of the shooting, in order to determine whether he knew if his actions would be lawful or not. Justice Clarence Thomas wrote in his dissent that Bivens remedies should only be applied in cases extremely similar to Bivens, and that Hernández vs. Mesa was not, so the remedy was not applicable. Justice Stephen G. Breyer wrote a separate dissent, and was joined by Justice Ruth Bader Ginsburg, in which he argued that the Constitution’s reach outside of the United States had always been determined by functional concerns, rather than formal concerns. He argued that Mesa was a U.S official who did not know if he was shooting at an American citizen nor if the bullet was going to land on Mexican or American soil, and therefore the Fourth Amendment should apply. Justice Breyer believed that if the Fourth Amendment had not been applied only because of the location of the injury relative to the border line, there would be an extraordinary precedent created in the process and it would be highly difficult to apply it to other cases involving the United States-Mexico border.12

The Hernández vs. Mesa case is one that is extremely difficult to analyze, because the untimely death of such a young person will always evoke a feeling of outrage and sorrow in this writer. On one hand, it is a catastrophe that an unarmed, innocent 15 year old boy had his life cut short in seconds due to the confusion of a border patrol agent. If both the boy and the agent had been residents of the same nation, justice for the boy would most likely have been much easier to pursue. Unfortunately, this was not the case. In terms of the legality of the case, I must say that I have to agree with the way the Supreme Court ruled. It is a travesty that Hernández’s family was unable to receive what they viewed as justice because of there being no real precedent for a case such as this, but given the facts of the case it would have been nearly impossible to get that “justice.” Given that Mesa was uninformed about the citizenship of Hernández or which side of the border the child was standing on during the incident, I have to agree with the Supreme Court granting him protection under the Fourth Amendment. Hernández vs. Mesa is such a prevalent case given recent developments that have occurred at the U.S-Mexican border. Although Mesa is technically protected by the law in this particular case, the case still sheds light on the violent nature of what is happening at the border today and affects American citizens, Mexican citizens, undocumented immigrants, and even children.

Austin Cardona is a junior at the Johns Hopkins University, where he is majoring in International Studies, Latin American Studies, and Spanish, with a minor in History. After graduation, Austin plans to attend law school where he hopes to pursue a career in immigration or international law.