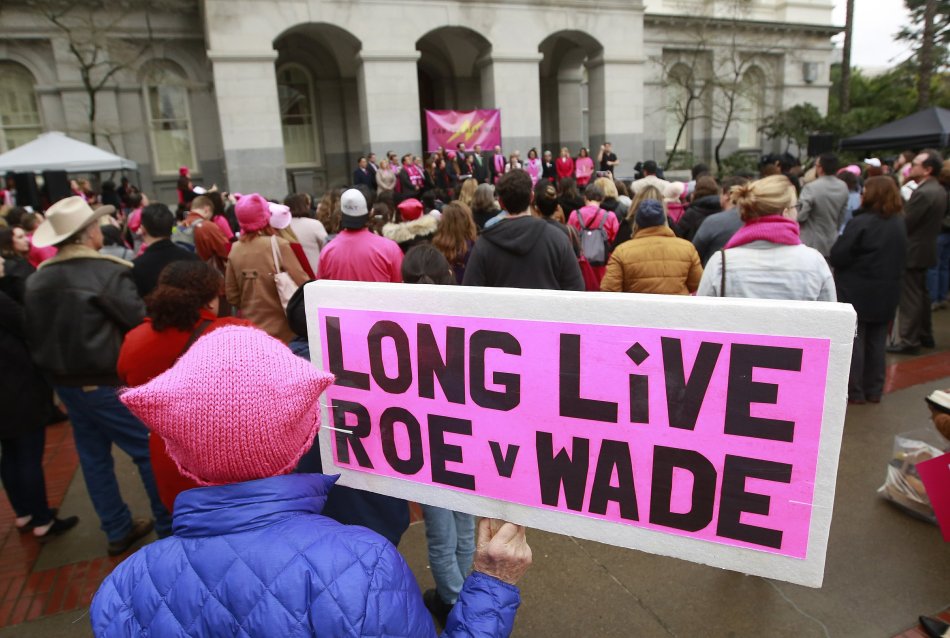 Roe v. Wade is one of the most famous U.S. Supreme Court cases of all time, touted as a victory by pro-choice activists, and considered a devastating defeat by the pro-life movement. Today’s college students have never known a life before Roe v. Wade, and may even take their freedom of medical privacy for granted. Throughout American history, abortion’s legality ranged from being unrestricted to completely outlawed, and its fate remains uncertain. With the recent change in the makeup of the Supreme Court, many women and men alike fear the overturn of Roe v. Wade and the establishment of a new precedent. In order to predict the future of abortion access, its history must be understood.

During the 1700s and early 1800s, the term “abortion” referred to the termination of a pregnancy after “quickening,” or when the fetus first began to make noticeable movements.[1] Ending unwanted pregnancies before this point was common; women took pregnancy-terminating drugs with little resistance.

Abortion was first criminalized between 1860 and 1880, but not originally due to moral or religious opposition. The law was supported by the newly established American Medical Association (AMA); doctors perceived abortion practitioners as competition and sought to eliminate them. The Catholic Church had previously accepted terminating pregnancies before “quickening”, but at this point joined in the AMA’s condemnation of abortion.[2]

By the turn of the 20th century, all states had laws against abortion, but they were largely unenforced and pregnancies could be terminated if a woman had the resources. In the late 1930s, abortion laws started to be enforced.[3]

The precedent that helped determine the ruling in Roe v. Wade can be credited to the 1965 case Griswold v. Connecticut in which the Court ruled that the Constitution protected the right of marital privacy against state restrictions on contraception.[4] In combination with Eisenstadt v. Baird, which asserted that protections guaranteed to married couples were also guaranteed to individuals, the right to privacy involving medical procedures was effectively established.[5]

At the time when Roe v. Wade went before the court, abortion was not as divisively partisan as it is today.[6] Even strong advocates of abortion access, including Justice Ruth Bader Ginsburg, have been critical of the ruling. Justice Ruth Bader Ginsburg has said, “My criticism of Roe is that it seemed to have stopped momentum on the side of change.”[7] In her eyes, the decision was made too early, before the majority of the public was behind abortion. When the case was decided, 45 states were in the process of considering abortion law reform.

In 1970, Norma McCorvey sought to terminate her pregnancy, but was prevented by Texas state law. To protect her privacy in the case, McCorvey was referred to in court documents under the pseudonym Jane Roe. She sought out Linda Coffee and Sarah Weddington, two lawyers who wanted to challenge the Texas law restricting abortion access. The case went before the court twice due to the absence of two justices during the first hearing.[8]

Sarah Weddington, advocating for Roe, argued that the law was unconstitutional, citing the Ninth Amendment, the Equal Protection and Due Process Clauses of the Fourteenth Amendment, and privacy. She also addressed the danger of self-performed abortions and the need for medical practitioners to be able to help women safely terminate pregnancies.[9]

Jay Floyd, the advocate for Texas in the first case, argued that states should be allowed to protect their future citizens, and to protect the safety of the mother. Robert C. Flowers, who represented Texas when the case was reargued, built on this argument by defending punishment for abortion providers.[10]

The Supreme Court ruled, in a 7-2 decision, that the right to have an abortion was protected by privacy rights guaranteed under the Fourteenth Amendment to the U.S. Constitution. Roe v. Wade established that states could not regulate abortions during the first trimester, but that they could regulate abortion later on in pregnancy.[11] First trimester abortions were protected because they represented a private medical decision between a woman and her doctor. This was grounded in the right to privacy, but for the physician more than the patient. After the first trimester, they could regulate the procedure to protect the health of the mother, and in the viability stage, the state could regulate or ban abortion in order to preserve potential life, with exceptions for the health of the mother. Overall, Roe focused on a discussion of the privacy of the physician rather than on a woman’s private right to an abortion.[12]

The decision was written by Justice Harry Blackmun, who had once considered becoming a doctor and, before he became a justice, spent almost ten years as the resident counsel for the Mayo Clinic. Justice Blackmun’s background likely explains his emphasis on the rights of medical practitioners.[13] In his opinion, Justice Blackmun stated that privacy protections were, “Broad enough to encompass a woman’s decision whether or not to terminate her pregnancy.”[14]

Norma McCorvey, or Jane Roe, gave birth to her child before the case reached the Supreme Court. After being given up for adoption, the child’s identity has remained confidential. McCorvey is now a strong pro-life activist; in 2003, she filed suit in federal court to void the judgment in Roe v. Wade. The court refused to reopen the case, due to the fact that over 30 years had passed since the decision. The Fifth Circuit upheld the lower court’s decision, and the Supreme Court declined to hear the case.[15]

Public opinion since the decision has remained widely divided. Justice Blackmun received many letters of appreciation from around the country, but also approximately 80,000 hate letters.[16] According to the Pew Research center, in 2018 58% of Americans believe abortion should be legal in some capacity while only 15% believe it should be illegal in all circumstances.[17]

The election of Donald J. Trump as President of the U.S. has resulted in increased discussion regarding the possibility of Roe v. Wade being overturned, especially after he stated that he would be nominating pro-life justices in a 2016 debate.[18] So far, Trump has fulfilled his promise, adding two pro-life justices to the court in just two years.[19] While Justice Neil Gorsuch replaced a conservative Justice, Brett Kavanaugh took the place of retired Justice Kennedy, who had been a swing-vote on the courts. While both Justice Kavanaugh and Justice Gorsuch asserted during their confirmation hearings that they will uphold precedent, this does not prevent serious restrictions on abortions from being ruled constitutional, if they make it to the Supreme Court.

Is it likely that a case regarding state restrictions on abortion come before the Supreme Court soon? It is definitely possible. For example, on September 28th, 2018, U.S. District Court Judge Greg Stivers ruled that a Kentucky law requiring licensing agreements between abortion clinics and nearby hospitals was unconstitutional.[20] This decision has the potential of being appealed, and could potentially make it all the way to the Supreme Court. If this specific requirement was ruled constitutional, conservative state legislatures could take advantage of this limit on abortion and use it in their own states, making abortions harder for women to access.

Additionally, Justices Gorsuch and Kavanaugh are not bound by the testimony given during their confirmation hearings, and have every right to support the establishment of a new precedent regarding the constitutionality of abortion in America. While there is not currently a case in front of the Supreme Court on abortion access, with a majority of Justices leaning conservative, it is possible that a woman’s bodily autonomy will be challenged within our lifetime.

While it is still unclear if we are heading back to the time of coat hanger and back-alley abortions, a woman’s right to terminate her pregnancy is not safe. The best course of action available now is to be politically active- contact your congressman and senators, support pro-choice candidates, and participate in protests. Consider volunteering as a clinic escort to show women seeking abortions your support and, perhaps most importantly of all, find out where you can purchase emergency contraception like Plan B.