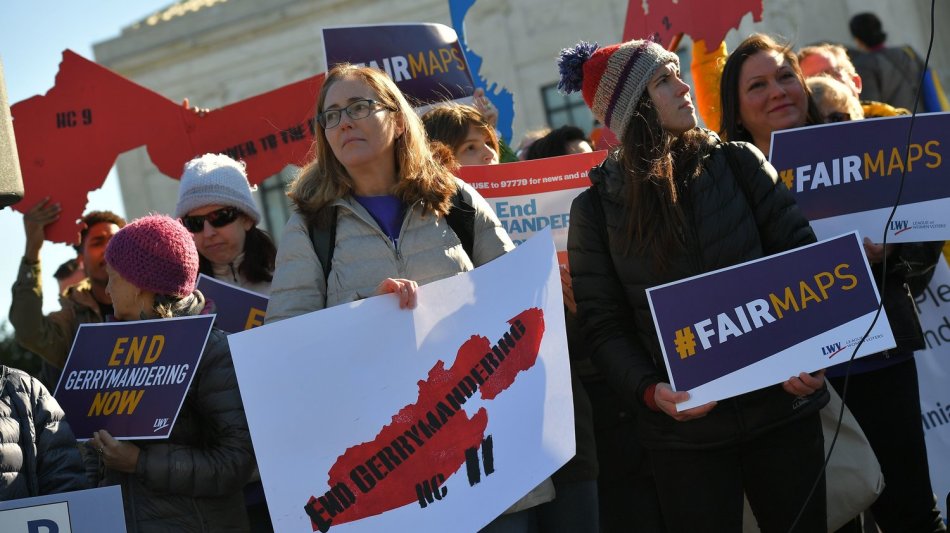 Legislative apportionment—the distribution of representation among the constituencies of a representative body—is largely conducted by state legislatures. Consequently, it is subject to the influence of the current majority political party, producing a map of districts favoring that party. This practice, known as gerrymandering, has grown increasingly intricate and potent due to technological advancements that maximize the electoral advantages of the party controlling the redistricting process, thereby minimizing the voices of voters belonging to the minority party. In spite of this handicap to American democracy, the Supreme Court of the U.S. has repeatedly failed to strike down severely politically-gerrymandered districting plans. In the latest 2019 case of Rucho v. Common Cause, the SCOTUS held that partisan gerrymandering is a non-justiciable issue, likely setting a precedent for courts across America to reject hearing similar cases.

The plaintiffs in Rucho claimed that North Carolina’s 2016 congressional map was a product of unconstitutional partisan gerrymandering in violation of the First Amendment, the Equal Protection Clause, and Article I sections 2 and 4 of the U.S. Constitution.[1] In a 5-4 majority opinion written by Chief Justice Roberts and joined by Justices Thomas, Alito, Gorsuch and Kavanaugh, the Supreme Court held that partisan gerrymandering is a non-justiciable issue. Citing the lack of a consistent and clear standard to differentiate between constitutional and unconstitutional gerrymandering, Chief Justice Roberts asserts that partisan gerrymandering is a political question outside the reach of federal courts.[2] Courts avoid adjudicating on political questions on the assumption that doing so would plunge the justice system into the “political thicket,” a phrase that originated from Supreme Court Justice Frankfurter in the case Baker v. Carr, damaging the impartiality of the courts.[3]

The issue of legislative apportionment was first determined to be within the jurisdiction of federal courts in 1960 case of Baker v. Carr. The central question in Baker was similar to that of Rucho: “Does the Supreme Court have jurisdiction over questions of legislative apportionment?”[4] But unlike the Roberts court in Rucho, the Warren court in Baker found that apportionment did not present a political question and was thus justiciable. In his plurality opinion joined by Justices Warren and Black, Justice Brennan considered six factors of the political question doctrine that, if present, would compel the Supreme Court to withhold its opinion [5]:

The plaintiff in Rucho hinged the claim of unconstitutional partisan gerrymandering upon the First Amendment, the Equal Protection Clause, and Article I §2 and §4 of the Constitution, none of which provides clear or “manageable” standards acceptable to the Supreme Court. The Roberts opinion in Rucho rejects the test used by District Courts to evaluate claims of partisan gerrymandering on the basis of the First Amendment; it asserts that the test does not “distinguish permissible from impermissible partisan motivation.”[9] Moreover, no viable standard for political gerrymandering has emerged under the Equal Protection Clause in a span of nearly 18 years; the Supreme Court failed to reach an appropriate solution to political gerrymandering using Equal Protections in both Davis v. Bandemer (1986) and Vieth v. Jubelirer (2003).[10] The plurality opinion in Vieth also determined that neither Article I, §4 nor Article I, §2 “provides a judicially enforceable limit on the political considerations that the States and Congress may take into account when districting.”[11] The dismissal of all four legal bases in the case of Rucho as “judicially discoverable and manageable standards” rendered the claim to be non-justiciable. Though partisan gerrymandering poses a growing threat to the constitutional rights of political minorities in various states, the lack of rigorous standards for distinguishing an unconstitutional partisan gerrymander from a constitutional one has deterred the Supreme Court from properly addressing this threat.

In her dissent in Rucho, Justice Kagan reflects this sentiment by asserting that today’s mapmaking technology has made “gerrymanders far more effective and durable than before, insulating politicians against all but the most titanic shifts in the political tides.”[14] The adverse effects of modern gerrymandering on fair partisan competition are evidently deteriorating the democratic ideals the framers intended for the Constitution to safeguard. So while the dictum in Hunter v. Cromatie does follow the letter of the law, allowing partisan gerrymandering to freely assail democratic competition does not reflect the spirit of the law. This decision blatantly contradicts the Supreme Court’s duty to reinterpret the Constitution, a duty that is especially pertinent in an America marked by political polarization and a breakdown of institutional forbearance as both political camps stretch the letter of the Constitution to maximize their self-interest. To address this, the Supreme Court must curtail political gerrymandering as a whole, or construct usable judicial standards that draw a distinct line between the constitutional kind and the unconstitutional kind.

To explore the option of eliminating all forms of political gerrymandering, it could be instructive to look to states with independent commissions handling legislative apportionment—such as California. First established in 2010 after a narrow win on the state ballot, California’s Citizens Redistricting Commission is an agency dedicated to fair redistricting. After a complex selection process, five Democrats, five Republicans, and four members belonging to neither party were ultimately chosen to serve on the commission.[15] Nonetheless, this seemingly fair approach to redistricting is not safe from partisan manipulation. The Californian Democratic party has allegedly enlisted lobbyists, trade unions, and other special interest groups to pose as ordinary voters as to surreptitiously influence the map drawing process.[16] Rather than eliminating partisan gerrymandering, the establishment of this independent commission simply rendered it less detectable. Disregarding the clear flaws of a system such as California’s, it is also highly unrealistic that the current Supreme Court would vote to end all political gerrymandering. This act of imposing federal will onto state legislatures not only breaches the election clause, but will also elicit terrific backlash as states wrestle to preserve the power of dictating their legislative apportionment.

If outlawing all forms of political gerrymandering is unrealistic to pursue at the federal level and difficult to implement at the local level, we must return to devising a usable standard to judge its constitutionality. To this end, the courts should consider the efficiency gap, a measurement of wasted votes, conceived by Nicholas Stephanopoulos, a University of Chicago professor, and Eric McGhee, a Californian political scientist.[17] The efficiency gap is equivalent to the difference between the two parties’ wasted votes in an election divided by the total number of votes cast. To transform this metric into a court doctrine, Stehphanopoulos proposes an efficiency gap threshold of two seats for congressional plans and 8 percent for state house plans to determine constitutionality.[18] Critics of the efficiency gap standard argue that it too simplistic to address the multifaceted nature of legislative apportionment. For example, in states where Democrats are concentrated in cities, the efficiency gap threshold would deem the districts drawn to be unconstitutional gerrymandering.[19] Acknowledging this, Stephanopoulos emphasizes that the threshold he proposes should not be the only element of a judicial doctrine for political gerrymandering; states would be able to  defend the constitutionality of their district maps by proving that their large efficiency gaps are results of natural political geography.[20] While the efficiency gap has undeniable flaws, it remains a valid tool that, with some refinement, could yield a usable judicial doctrine. A U.S. District Court successfully utilized the efficiency gap standard laid out by Stephanopoulos to strike down Wisconsin’s redistricting scheme as unconstitutionally partisan in Gill v. Whiteford.[21] Though this standard has not yet been applied at the federal level, it is a metric of partisan symmetry that potentially satisfies the “judicially discoverable and manageable standards” demanded by the SCOTUS.

In the face of a democracy eroded by political polarization and nefarious partisan manipulation, the Supreme Court must reexamine the costs of its avoidance of partisan gerrymandering. The increasingly adverse effects of partisan influence on redistricting should not be ignored simply because no viable and uniform judicial standard currently exists. The precedent of nonintervention in fear of the “political thicket” set in Rucho is unconducive to combating this breach in our democratic institutions. In an era where a demagogic president and a polarized legislative branch fail to maintain partisan tolerance, the Supreme Court must undertake this duty, for ensuring that every American can exercise the right to participate in truly fair and competitive elections is protecting the very heart of our democracy.

[17] Cameron, Darla. “Here’s How the Supreme Court Could Decide Whether Your Vote Will Count.” The Washington Post. WP Company, October 2, 2017. https://www.washingtonpost.com/graphics/2017/politics/courts-law/gerrymander/.

[20] Stephanopoulos and McGhee, “Partisan Gerrymandering and the Efficiency Gap,” 838.

0 comments on “The Courts’ Role in Political Gerrymandering”